ENEMIES OF THE MICROSCOPE 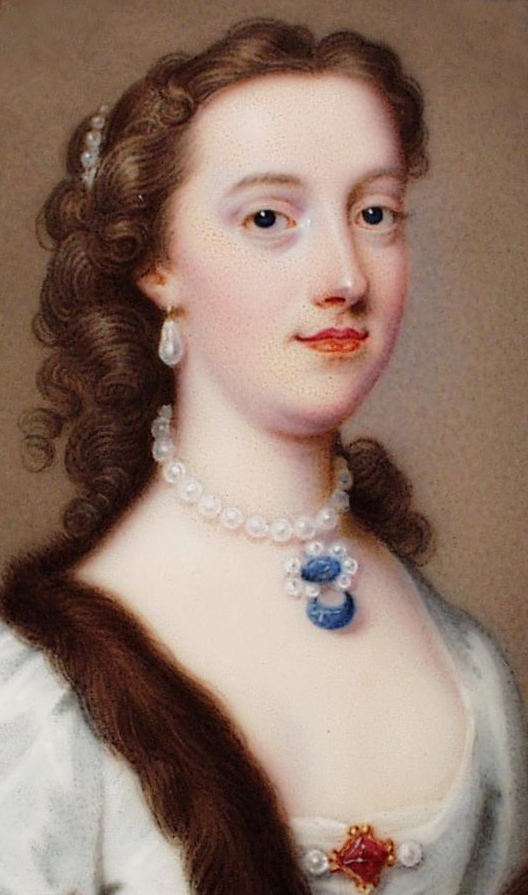 As generation succeeds generation, each inevitably becomes inextricably immersed in the technology of their times. Today life would surely seem impossible to many, were they to be deprived of their mobile 'phones.    In this way, the people who live in each age could properly be described by the old saying........."he was a man of his time".

It appears only natural to us that this must always have been the case. Certainly, for as long as our own generation can remember, the latest inventions and gadgets have forever been a source of pleasure and interest.

It would seem only right to suppose then, that this same level of enthusiasm must surely have   accompanied the appearance of the newly invented Microscope back in the 1600's?

However, surprisingly, this enthusiasm was not shared by everyone at the time.  Allow me to     introduce you to the esteemed Duchess of Newcastle, one Mrs. Margaret Cavendish, -Aristocrat, Philosopher, Poet, Scientist, writer of fiction -both romantic and satirical- and playwright whose likeness, appears at the top of this page.

This notable woman, -described by some as the first feminist- was lady in waiting to the wife of Charles the Second, (the Merry Monarch).  Charles fled into exile in Belgium and France during the English Civil War, (1642-45), and Margaret accompanied them.

Upon his return and restoration in 1660, Charles and the Royal Court arrived in time to witness an astonishing English mini-renaissance.  As is the mysterious way with these things, a sudden desire for knowledge and debate had seized everyone. University Clubs devoted to what was fondly called "Experimental Philosophy" had, almost overnight, become popular debating places. Margaret was very excited by this energetic new way of thinking and took full advantage of her privileged position to freely network with people of the calibre of Rene Descartes and Thomas Hobbes, among others.  So respected was she by these, her contemporary intellectual giants, that on the 23rd May 1667, she was invited to visit the newly formed Royal Society, to which Charles had granted a Royal Charter only a short time before, -the first woman ever to do so.

When describing herself she is on record as saying that   "Although I cannot be Henry the Fifth or Charles the Second, yet I endeavour to be Margaret the first". So how did this powerfully minded lady come to describe herself as an enemy of the Microscope?

Well, this is 400 years ago. Times were very different to ours, and ways of thinking were also VERY different.   As we know, Robert Hooke had published his "Micrographia" in 1665. Upon opening its pages, the first thing we find is a densely worded and lengthy preface describing to the world what he thinks of this new instrument, and what its relationship will be to humanity.

Now Hooke, too, was "a man of his time" and much of the thinking that took place in his time was of an unquestioning unswerving religiosity. Perhaps therefore, Hooke can be forgiven for failing to have the vision and foresight to see all the benefits that Microscopy would bring. Instead, he provides for his readers a pale, convoluted, unlikely description of how the new Science will ultimately improve the lives of ordinary people.

Amazingly, Hooke tells us that his belief is that Microscopy is going to do nothing less than help     humanity to regain the type, and level, of knowledge that Adam had in the Garden of Eden before the fall(!).  He definitely saw the new instruments as being sent to bring restoration to a sinful world rather than to promote the discovery of new knowledge!

As he described it in his own tortuous language and strange misspellings........"It is the great  prerogative of Mankind above other creatures, that we are not only able to behold the works of nature, or barely to sustein our lives by them, but we have also the power of considering, comparing, altering, assisting and improving them to various uses.  Ans as this is the peculiar privelidge of humane Nature in general, so it is capable of being so far advanced by the helps of Art and Experience, as to make some men excel others in their Observations, and Deductions., almost as much as they do Beasts.  By the addition of such artificial Instruments and Methods, there may be, in some manner, a reparation made for the mischeifs, and imperfection, mankind has drawn upon itself, by negligence, and intemperance, and a wilful and superstituous deserting the Prescripts and Rules of Nature, whereby every man, both from a deriv'd corruption, innate and born with him, and from his breeding and converse with man, Is very subject to slip into all sorts of errors.

The only way which now remains for us to recover some degree of those former perfections, seems to be, by rectifying the operations of the Sense, the Memory and Reason, since upon the evidence, the strength, the integrity, and the right correspondence of all these, all the light, by which our actions are to be guided, is to be renewed, and all our command over things is to be establisht".

Strangely, she saw her role as an author as being quite in opposition to the contemporary traditional picture of "the Experimentalist gazing into his microscope where only an observed tiny fraction of the world appears". Instead, for her as a free thinking spirit, artist and author she tells us that she "looks inward , freely exercising her subjective use of perspective over the worlds within her head".

Now this Mrs. Cavendish was, as we said above, both Poet and Author.  The written word can be     a powerful tool and she wielded it with enthusiasm.  Hers was a mind on fire in an age when the printed word commanded both respect and power. (Milton's Paradise Lost-and all the excitement it generated- lay only 12 months in the future).  So overwhelming was her need to be literate and creative that it is on record that she kept a scribe who was required to be a constant night-time companion in her bedroom. Should she then suddenly wake in the small hours and find her mind overflowing with ideas, she would turn instantly to this long-suffering servant and commence dictation!

One of her poems describes her wonder at the microscope's ability to disclose ever smaller 'worlds within worlds' To modern eyes, it scans poorly and the language is archaic but then the same can be said of Shakespeare who had himself died only 40 years earlier.

Just like as in a nest of boxes round,

Degrees of sizes in each box are found,

So, in this world, may many others be,

thinner and less, and less still by degree,

although they are not subject to our sense,

a world may be no bigger than two pence,

nature is curious and such works may shape,

which our dull senses easily escape,

for creatures, small as atoms, may there be,

if every one a creature’s figure bear,

if atoms four a world can make, then see,

for millions of those atoms may be in,

the head of one small little single pin,

and if this small, then ladies may well wear,

a world of worlds as pendants in each ear.

Compared to most ladies living in those times, she must have had a mind the size of Australia.

In 1666, she also wrote a book whose full title was "The description of a New World, called The Blazing World" which she uses to further advertise her apparent scorn for the Microscope and its powers. In this, the first ever Science Fiction story, she describes how a lady is transported to a fantastical island where she becomes Empress. This implausible place is inhabited by various Fish-men, Bear-men, Bird-men, even Lice-men! The Bear-men present her with Microscopes but the Empress tells them that they are not wanted because instead of enhancing our senses and thereby increasing our understanding of the natural world, they actually only distort our natural perceptions. Margaret uses her story to make it plain to the world how she considers that Microscopes neither correct nor add to our comprehension, but instead obfuscates our perception of material reality.  A strange piece of misunderstanding from one who was so obviously a welcome member of the illuminati.

An original copy of 'the Blazing World' is held in the Folger Library, Washington U.S.A.

Finally, Margaret Cavendish is becoming more and more recognised as a figure of some interest     and literary importance.  At the Cavendish Conference, held in Oxford in June 1997, an "international Margaret Cavendish Society" was launched to promote "a means of communication between scholars worldwide and to increase awareness of Cavendish and her writings"

If you want to find out more about this curious lady and the unlikely world she moved in, there are quite a number of books on sale, some of which can be downloaded to Kobo readers.   Also available are copies of The Blazing World.  How utterly delighted and intrigued would she have been if she could have known that her works were still being considered as part of our culture, 350 years later.